Make Art That Sells, Part 3. Editorial. I was kind of scared of this one!

We had to create maps of either where we live, or have lived or visited. They could be done in any way. Some of my friends designed maps of the fabulous restaurants they’ve visited in a particular city. Some were simple, some were intricate, but I thought they were all beautiful. It was fun to see how everyone approached the project.

Providence, Rhode Island, USA. That’s where I live. And that’s what I chose for my subject.

First I played around with the city name. I love drawing fonts and words!

Providence is also called “The Creative Capital”. Lots of artists live here! And also The Rhode Island School of Design (also known as RISD) is in the center of the city.

Next, I took a screen shot from Google maps of the area that I wanted to focus on.

I decided to include:

The Foundry (that’s where I live!)

The Jewelry District (had to honor that!)

Here are the icons that I drew…

I sketched these out first, then scanned them into my computer and rendered them digitally in Corel Painter using gouache brushes. I’ve never worked this way before. It was so much fun to try something new. 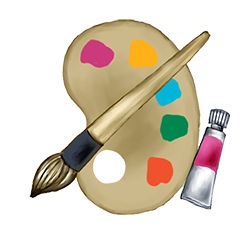 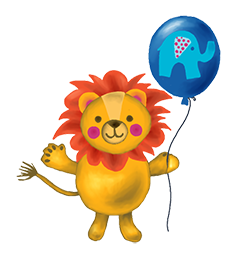 Can I tell you how much I love this little lion? I’ll be doing more in this direction I think. He was a huge hit with my friends.

Here is the whole map. It was really, really fun to create!

thanks so much for stopping by 🙂

If you would like to look at Part 1 or Part 2 of this series, click on each to view.

I license my embroidery designs with Janome. Read all about the app here:

Check out my Spoonflower shop!

Shop for my fabric!

a girl and her brush
Victoria Johnson Design

A Pict in PA

Illustration is the passion of my life!

Sharing a little bit about my art and my experiences as an artist. www.carolinacotoart.com

"to be in a wonderful state of creative chaos due to an overactive imagination that is always questioning...what if"

Celebrating the creativity that makes life a little lovelier.

Through the Eyes of Astro

"You can't use up creativity. The more you use, the more you have." -Maya Angelou